“When one thing goes, another comes
In this wide world by heaven borne;
And when the sun is setting here
‘Tis somewhere else just breaking dawn”

A vast, flat plain, only bare trees in sight, country houses with their triangular roofs, some people working in the fields.
Sky and earth touches in a straight line, green and blue melts in the November sun.
Some reddish spots announces that autumn is already here.
I’m moving on my bus on the dusty paths and roads, trough a landscape that speaks me about the infinite and foggy plains of Northern Italy.
Except that Italy is now far away. 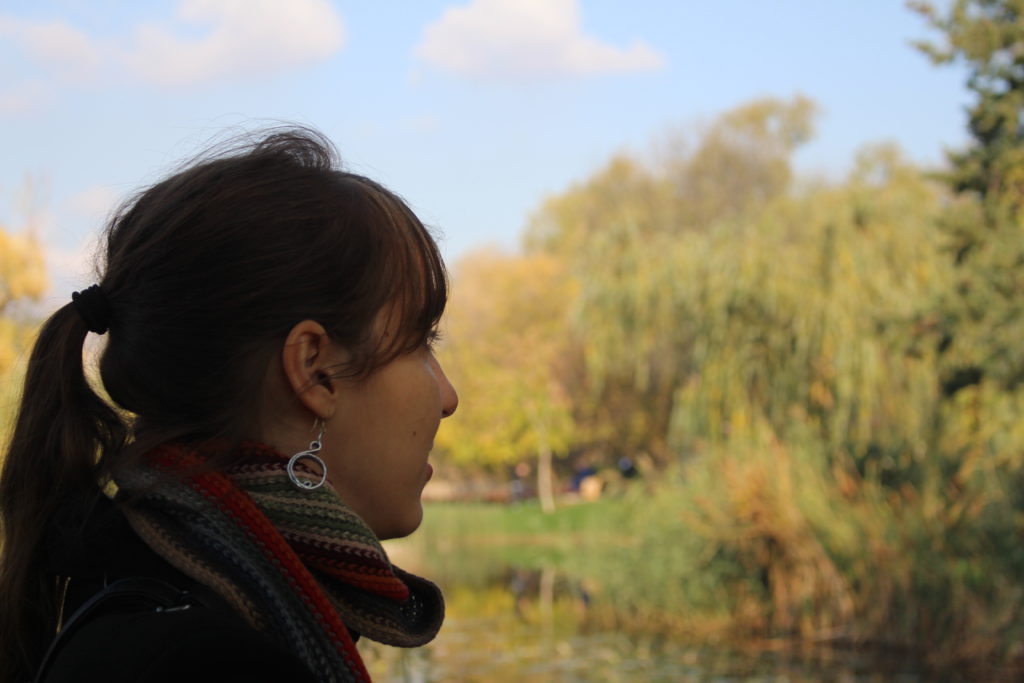 This morning I woke up in Hungary, took a coffee in a small restaurant together with some Romanian ladies I met on the bus. They’re coming back home to spend some time with their families, I left my family to come in a foreign Country. Traveling from the day before, we had a lot of time for talking and eventually we became friends.

We just crossed the border.
Arad is the first city we reach, just after the Custom, a small town, indeed, but somehow full of charm.
Then the bus keeps going, slowly but firmly.
It’s a strange sensation, being in another Country, so similar and so different from my homeland.
Everybody around me speaks in this unknown language, that sounds a bit harsh but nonetheless harmonious, like a secret melody whose rhythm I cannot understand.
At first, I was completely lost, but luckily my friends, who speak both Italian and Romanian, are helping me, explaining and translating all the time and teaching me some words and notions about their Country.
When we arrive in Timişoara we say goodbye to one of our friends, then we keep going, heading to the deep south of Romania. The weather is nice, even the temperatures are not so different from the ones of my hometown, Segni, but huge clouds begins to appear on the horizon, together with the sinuous curves of some mountains.

I turn my head and I realize that on the mountains I can see on my left there is already a soft, thin veil of snow, like sugar on a cake.
It’s getting dark early, the sun is covered by grey clouds and we are crossing a mountainous zone, with small cities and cultivated fields in the valleys.
Somehow it feels like home, with the same curvy shapes of the rocks and the arabesque-like vegetation dressed with the reds, brown and yellow hues of the season. Only one guest is unknown to me, the ethereal, white birch, with her blonde leaves and her thin frame lightly lulled by the cold wind.
We cross other towns and villages and cities, one after another, with houses and shops, flowers and dogs, unfamiliar faces of girls and schoolboys and elders, all busy with their daily routine.
It feels strange, sometimes I realize that I’m not in Italy anymore and a slight melancholy grabs my heart, sometimes I’m just too curious and excited to be homesick.
I can’t wait to be in Craiova, and at the same time I can’t believe that this is happening for real, I’m surrounded by a sort of baffling dreamlike atmosphere.

The sky is almost dark now, and its blackening color is reflected by a pool of water that I don’t recognize immediately.
A man in the seat in front of mine points to it and says, in a mix of Italian and Romanian: “Look ! Is the Dunărea !”
The Danube river, an old friend I’ve already met in Budapest, is flowing next to me, singing his never-ending watery song made of tides and waves.
Only his huge body separates us from Serbia, and it seems that we are just walking on a thin rope as travelling funambulists, and I understand how much fleeting are the borders that divide us, just as when our bus crossed the border with Hungary: I had one Country behind me, another just in front of me, but the landscape and houses were exactly the same.
Lights emerge from the dark, orange and yellow on the blue of the late evening: it’s the Customs, an artificial border next to the natural one.
The sight is so stunning that it’s like a balm for my soul, washing away all the exhaustion and the stress caused by the length of the journey.
I lean back on my seat and enjoy the travel, in the silence created by the tiredness of the other travelers and the seats that becomes more and more empty as we keep going into the region of Oltenia. 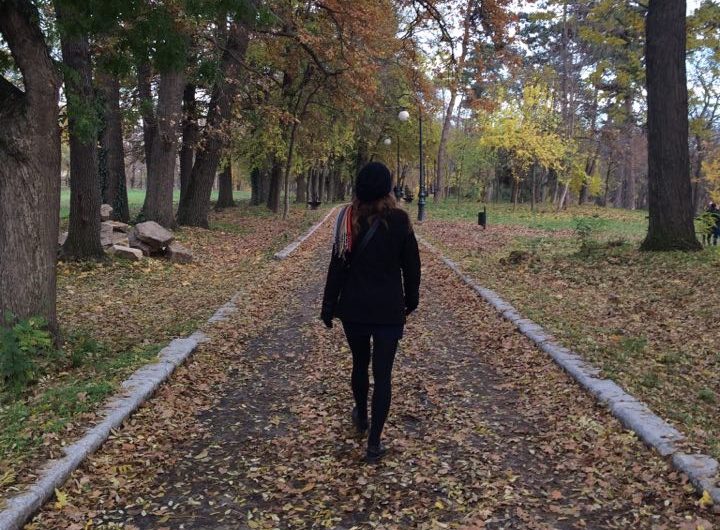 Filiaşi.
We’ve almost arrived.
Only a few of us are still on the bus while we enter in Dolj County, of which Craiova is the Capital.
Suddenly, the lights of a city, shining far away as much as the stars that now dot the nocturnal sky.
The lights of Craiova.

The city welcomes us with her open embrace, warm and tender like an old lady, mother of many.
She’s one of those strong, concrete women who’s beauty can’t be ruined by wrinkles and other signs carved on the skin by Time and the hardness of Life.
Passing the outskirts we reach the station, my stop.
It’s night.
I say goodbye to my friends and get off the bus, in the cold air of a new place, full of promises and possibilities.
I look at the city and the city looks at me with her thousand eyes, staring at each other like strangers who meet each other for the first time.
Even if I’m frightened by this new reality I’m facing, I’m full of hope for the future months, time that I’ll spend between these old houses and new buildings, yards and parks, offices and museums.
Just over me, the pale moon shines, pouring the same bright, milky light on both Rome and Craiova.