About the Living library in Ukraine on 21st of February. An EVS Story

Intercultural communication and tolerance were the leading themes of this fourth Living Library – since the new group of volunteers from Europe set foot here in Sumy.

Not only Europe nevertheless, but another two continents with their own representatives showed up this time: Africa and Asia. And it seemed that this new breathe of “exotism” was totally appreciated by the auditors who joined enthusiastically the library and knew that they could reach through the only artifice of imagination far-flung places already met during their “literary or cinematographical escapades”.

Each member of the eight countries involved had a different story to tell and sparked different reactions and questions from the audience:

just some examples of what we were all asked throughout the two rounds of speeches. In some cases it was more important to know how were our lives here and what kind of activities we were moving forward within the framework of “volunteering” (me, Robin and Romain); otherwise, Africa was probably the continent that inspired the most amount of curiosity among the local people. 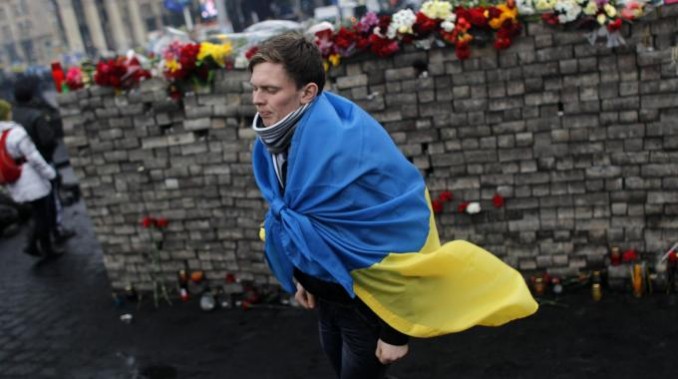 A Nigerian writer, Chinua Achebe, in a lecture delivered in 1975 defined Joseph Conrad – Ukrainian-Pole naturalized English – an “unadulterated racist”. Achebe stated that “Heart of Darkness projects the image of Africa as the ‘other world’, the antithesis of Europe and therefore of civilisation, a place where man’s vaunted intelligence and refinement are finally mocked by triumphant bestiality”.

It is widely recognized indeed that European prejudices against Africa have always been present in the last two centuries. But Saturday afternoon the will to overcome stereotypes and to get acquainted with a new culture was very strong. And any book, any story had a message, a purpose at least.