That’s such a cool house! (And the owner is special as well)

I think I know more or less who is going to read this and I’m pretty sure many of you don’t know this guy, Cody Lundin. He’s one of the people whit whom I’m happy to share this planet and I’ll tell you why.

Cody is a very charismatic survival freak, known mainly for Discovery Channel’s reality “dual survival”, in which he participated from 2010 to 2014. That’s how I got to know about him. I will never forget the image of this man, sunk in the snow until the hips, walking with a very agressive attitude in this mega cold landscape, while wearing only socks. And stating manly: “it’s all about training your mitochondria to get used to cold.”
He’s a so-colled “barefooter” from more than 20 years. Yes, that’s a thing. 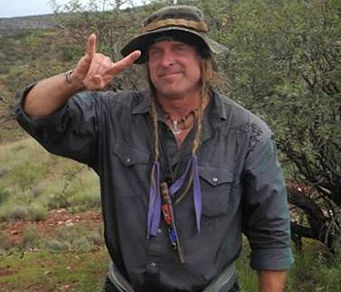 I’d like to keep writing that I’m a victim of his charm, but this should be an article about ecology. You can read a little bit more about him on this article

So: Lundin owns one of the smartest houses I have ever heard of, very sustainable, and visually not ivasive within the environment. He designed this “passive solar earth” costruction and he pays nothing for utilities, thanks to tricks such as collecting rainwater and composting waste. Obviously the house is off the grid, in Arizona’s desert.

Lundin’s house is especially designed to keep a steady temperature all during the years, combining orientation, thermal mass, and insulation. He described his house and its benefits in the following text:

“It’s winter in the high desert as I write this, and last night the thermometer outside read 9 degrees F (minus 13 degrees C), a bit colder than typical and, ironically, part of the same storm system that left 500,000 people without power in the Midwest. Regardless of single-digit temperatures, my home remained a cozy 72 degrees F (22 degrees C), and it did so without using any conventional energy resources. 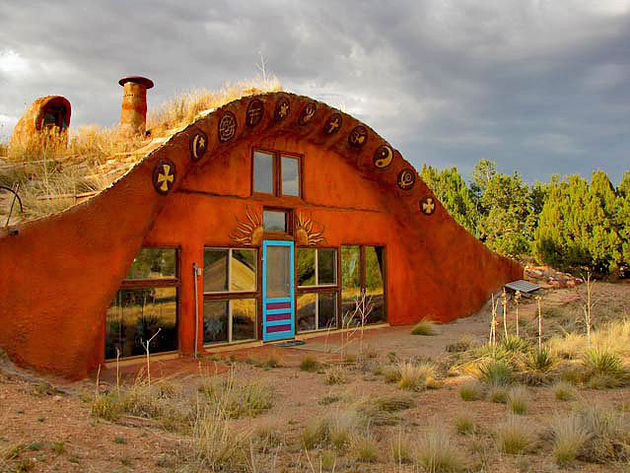 I have no heating bills of any kind and I don’t burn wood. My home is heated entirely by the free clean energy of the sun, a phenomenon commonly referred to as “passive solar.” Along with orienting my home solar south, I have the proper square footage of windows to match the square footage of my home so that it doesn’t under- or overheat. These windows let in shortwave radiation from the sun that soaks into my stone floor during the day. At night when outside temperatures dip, the stone floor, which is a great conductor of the sun’s energy, re-radiates the stored sunshine, or heat, as long-wave radiation that keeps the house warm. Insulation and thermal mass help retain the heat throughout the night. The process starts anew the next day. Even though my home is dependent on the sun for heat, it’s designed to retain this comfort for several days of cloudy weather or storms.

In the summertime, when outside temperatures hit triple digits, I enjoy inside temps in the high 70s (approximately 25 degrees C). I have no cooling bills of any kind. A simple roof overhang designed for my window height and latitude keeps the higher summer sun’s rays from hitting the stone floor. My windows and doors are situated to take advantage of the prevailing weather patterns and the cooler nighttime breezes. In fact, the entire front of the house is a huge parabola that acts as a scoop to harness the dominant southwestern weather systems for optimal natural free ventilation when required. Once again, thermal mass and insulation keep out hot temperatures while maintaining the cooler inside environment…” (read the entire text here)

So, what to say. I hope you’ll keep in mind Lundin’s house if you’ll ever want to build your own.