I’m watching Făgăraș mountains from my window, inside the train that connects Bucharest with Budapest. Destination Timisoara (actually Arad and then Timisoara) this time; starting point Brasov (a guy in the station told me that is one of the oldest cities in Romania, I want to believe him), less than 200 km from Bucharest. Why Brasov? Midterm evalutaion meeting.

My first Romanian trip by train was for On arrival training, in April: Timisoara – Sibiu, six hours by train, longest train of my life (I mean the duration of the journey), and I thought I would die: I love trains, you have time to think, to listen music and watch outside, discovering landscapes never seen, but six hours! In six hours I can watch “Spartacus” and “2001: a space odissey” (both), I can listen more or less one hundred and twenty songs, I can watch one or two seasons of my favourite TV series..in short, is a lot of time. Brasov – Arad is eight hours, that’s why now the other trip (Sibiu-Timisoara) seems so short, but actually is not so bad, Transilvania is beautiful and at least the train has the electric socket for the laptop.

Anyway, a girl asked me something before, in Romanian of course because in my face there is not written “I’m italian” (yet), and I understood everything. “Oh my God!” I thought, maybe the Romanian lessons are working or maybe is because I’m from Italy, who knows. 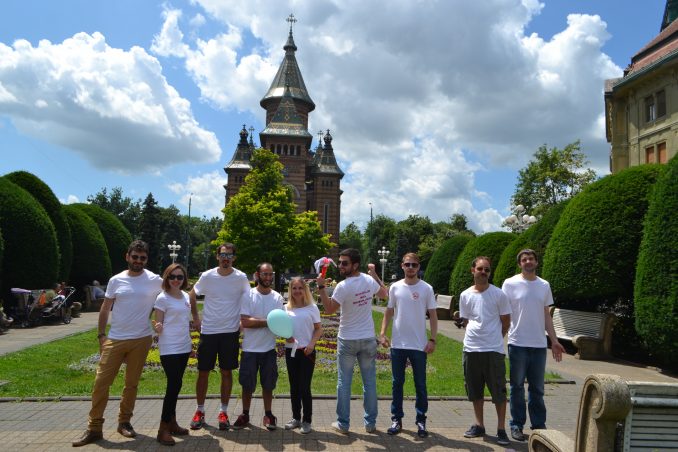 Coming back at Midterm evalution, I passed four nice days, of course On arrival is On arrival, but I spent good times with nice volunteers, talking about our projects, our common problems, our ideas for the future and at least now I know where Georgia is (thanks Georgian volunteers from Arad!).

Anyway, our approach have been totally different respect the On arrival meeting: a bit less motivation, a bit less happiness and desire to discover each other, but more depth and why not a bit more maturity in our conversations. 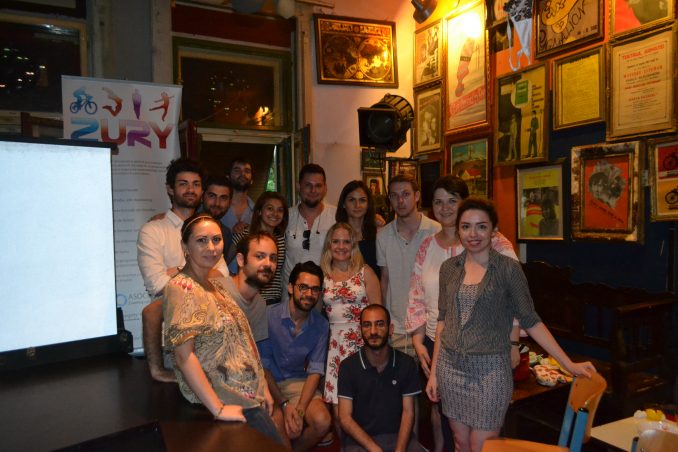 I’m exactly in the middle, the Midterm evaluation split the project in two equal parts, now is waiting for me the second part, the last four months, the dark (or light?) side of the moon. Just I know that the time is flying and I’m really starting to think at my “collegues” as real friends, people that I know only from four months, but it happens when you have to share a flat, a job, and some good night with someone, even if from other countries, even if sometimes I can’t tolerate them at all; because also this is EVS.

But let’s try not to be so sentimental, another train is waiting for me.